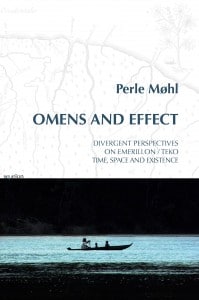 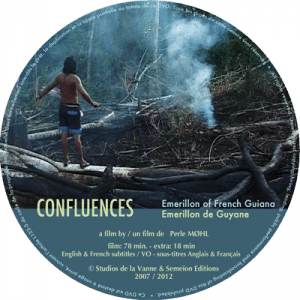 When scientists present their versions of the world – in writing, maps, inventories, figures, images, etc. – they pose their imprint upon it. Like omens, their representations not only reflect the world, they do things, they have effect.
Perle Møhl has worked with the Emerillon (Teko) of French Guiana since 1989 as an anthropologist, filmmaker and collaborator in media productions. In Omens and Effect, she traces the tangible effects of established scientific descriptions – omens – in the daily lives of the Emerillon, and explores the creative activities the Emerillon have engaged in to counter such omens, opposing them with their own inventive and optimistic descriptions of the world, and their place and possibilities within it. The result is a semiotic struggle about definitions and the right to make them count.